Business? Or pleasure? Lana and Ken can only have one. 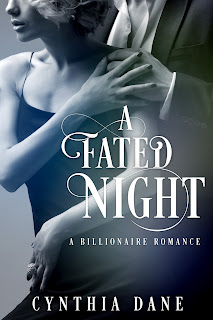 When Lana Losers arrives at the biggest real estate conference of the year to receive a coveted award, she has no idea she’s about to meet her soul mate.
Ken Andrews doesn’t believe in fate, yet that’s exactly what it feels like when he first shakes the hand of his future wife. Two drinks later, they’re making love for the first time.
And every night after that.
Lana came to the conference to find a new real estate group to work for. One that will take her incredible talents and make a multimillionaire out of her in New York City. Yet the more she gets to know Ken, the more she realizes two things: that she isn’t the type to work for others… and that she’s in love.
Professionalism dictates that their love is ill-fated. Ken is the manager of the most successful firm in New York, and Lana is destined to work for them. But will they defy the odds and pursue their passions anyway?
If fate has anything to say about it, then they’ll become the King and Queen of New England real estate.
But first, they have to experience one night together. Just one fated night.

The olive popped out of Lana’s glass and into her mouth. She held tightly onto the toothpick while her tongue worked the pit out of its green casement. Right in front of Ken, she pulled the olive from her mouth and spat the pit into her half-empty glass. She wasn’t going to drink that anyway.

The little show had the desired effect on the man next to her. Ken licked his lips without thought and turned his thighs away from Lana’s line of sight. That’s right, Mr. Andrews. Think about me doing that to you. Pleased with herself – and not for the first time that day – Lana folded her arms on the bar and bestowed upon him a coy look.

“You came to flirt with me, Mr. Andrews. Let’s not skirt around that.” Any man approaching her after a long day and many drinks in his system was going to have that on his schedule. Flirt with Lana Losers: check. Ken was bold enough to do it, and possibly dumb enough to cover it up with business talk. Too bad for him. Lana vastly preferred it when a man came right out and said he wanted her. She rarely had time for seduction. “Let’s also not pretend that it wouldn’t become a point of contention should I come work for you at Lois & Bachman. I don’t screw my bosses, gay or not.” She had a feeling Ken wasn’t gay if he was boldly flirting with her and trying to cover up the hard-on she was giving him. Please. Look at how he’s trying so hard to keep himself together right now. Heat radiated between them. His skin. His breath. His heart pumping all that blood through his body. Ah, heat cooking up in here too. What a naughty boy. Lana had to admit, though, she had a particular addiction for how hot a man got when he was about to erupt. “So what would that mean for my career prospects if I screwed you tonight?”

Ken’s mouth fell open at that blatant question. Lana picked up the olive she never finished eating and tossed it into his mouth. The effect was immediate. Ken swallowed.

She did love a man who was willing to swallow.