Sarah stepped out of the bathroom, sure to close the door behind her. Boyfriend Lucas put down his phone and sat in the alcove overlooking a busy Copenhagen street.

“Don’t worry,” he reassured Sarah as she grabbed a stack of notebooks and joined him on the gingham-checked bench. “I just spoke to Cox over at the hall. He says your visa should be good to go as soon as we pick up the new one.”

“Sounds great.” Sarah flipped the first notebook open and wrote down a reminder to head over to the Copenhagen city hall as soon as her schedule allowed. There had been a hiccup with her visa that allowed her to stay in a country with one of the strictest immigration requirements in the world. Lucas Blackbourne’s family, money, and status pulled a lot of strings, but those strings still required full cooperation. Sarah’s future mother-in-law joked that it would be easier to get a visa for Monaco instead of Denmark. That was a suggestion that her son move his new mistress there instead of keeping her in a proper Scandinavian country. Mrs. Blackbourne was of the opinion that the French culture infused within a city-state like Monaco was a better fit for the lascivious, wanton lady named Sarah Clayborn.

She caught a glimpse of her reflection in a mirror. A frumpy ponytail lay over her shoulder while the sweatshirt and yoga pants still didn’t have enough give for how bloated she felt that mild, foggy day.
“What in the world are you doing?”

He really shouldn’t have asked that.

“I took the liberty of organizing your schedule for the next six weeks.” With a shrug that shifted her sweatshirt, Sarah presented her boyfriend with the carefully curated planners and shorthand she taught herself over the years as an executive assistant. “Your old system was a mess. After you nearly missed that meeting last Friday, I decided I needed to take matters into my own hands and…”

“Angel.” Lucas flipped the planner shut and took her hand. “Don’t do this. You’re not my assistant.”

Her cheeks heated with frustration. “You might as well ask me to cut off my right arm.” That was the dominant one. “I didn’t spend my whole adult life training to be good enough to be hired by an aggressive CEO just to stop the moment I quit my job. I don’t have much else to do around here.”
“You have plenty to do!” Lucas kicked back and leaned against the wall, elbow pressing against the windowpanes. “Seems like you’re out every day doing things.”

Yes, Sarah did have a fairly packed schedule. Between taking care of Lucas’s son, going to therapy, attending Danish lessons, popping into various women’s groups in the hopes of finding some social life independent of her family and medical needs, and accompanying her boyfriend to his own social functions, Sarah certainly went to bed every night worn out as hell. But it wasn’t the same as having a purpose in her life. Many women would chastise her for finding meaning in organizing other people’s lives, but she was good at it, and her logical, analytical brain found solace in making a tight schedule work while still allowing for a little break time. Lucas had more of that than her former employer, anyway.

“I may have plenty to do ‘do,’ Lucas, but I don’t have a lot to mentally stimulate me. Therapy emotionally drains me, and the Danish lessons are more about function than genuine interest.” Learning Danish would do wonders for her integration into the local culture, but she couldn’t say she found it invigorating. Just another thing to do while waiting for Lucas to come home.

“Didn’t know you felt that way.”

Sarah shrugged again. “I don’t mind organizing your life here and there. God knows you need it.”
“All right, but…” He stood up and placed a hand on her shoulder before walking toward the bathroom. “Remember that you’re not my assistant. You’re my girlfriend. If I truly feel like I need an assistant, I’ll hire one.”

Sarah rolled her eyes. “As long as I get to vet her first.”

“Who said anything about hiring a woman?”

Lucas entered the bathroom. Sarah was ready to resume her relaxation when she remembered what she had left in there.

Sure enough, her boyfriend stepped right out again, a white stick in his hand.

He perfectly well knew what that was!

Sarah put the notebooks down and swung her legs over the edge of bench. “A pregnancy test.”

“I can see that.” Lucas tensed, as if he had never considered that his girlfriend might ever get pregnant. “What… I mean…”

Sarah beckoned for him to hand her the stick. “Give that to me before you compromise it and I have to do it again.”

Lucas hesitated before passing the pregnancy test to his girlfriend. “What does it say?”

“It hasn’t been long enough for a valid reading.”

“Oh. I thought those things were supposed to work fast.”

“They do. You also talk fast.”

“I, uh… had no idea that you thought you might be pregnant.”

Was that true embarrassment on his face? Or was it anxiety? The man already had one child from his first marriage. He said he was open to having more, especially with Sarah. But Sarah’s medical history all but said it was impossible. The only way they could have a baby together was by using a surrogate, and that sort of conversation was still years away.

“I’m three days late. Rather unusual.” Sarah stretched out along the bench and held the test above her head. Anyone looking through their telescope and into neighboring flats could see this American woman waving a pregnancy stick around. “Figured it couldn’t hurt to know for sure.”

Lucas was silent for a few seconds. Then, “Are you sure about that? No harm, that is.”

“Well… let me know if there is any news. I have a call to make after going to the bathroom.”

There wasn’t any news, as the second line never appeared on the test. Great, that means my period is due anytime now. Why did she entertain fantasies of having a baby when she knew it was impossible? It wasn’t a good time, anyway. Her relationship with Lucas was still relatively young. She had just moved to a new country to be with him. She was still making a life for herself now that her old one was over.

Still… she knew why a part of her remained hopeful.

When Lucas returned, she had already thrown the pregnancy test away and gone back to organizing her boyfriend’s life on his behalf. “Nothing?” he asked.

“I wouldn’t say nothing.” Sarah, currently lying on her stomach, kicked her bare feet back and forth within the alcove. “I’ve got my boyfriend, don’t I?”

He offered her a wan smile. “A boyfriend who needs to go pick up his son from kindergarten. Care to come join me?”

They held hands the whole way there. 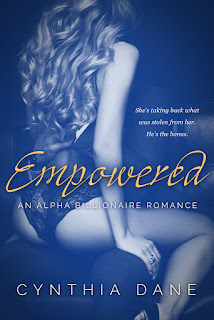