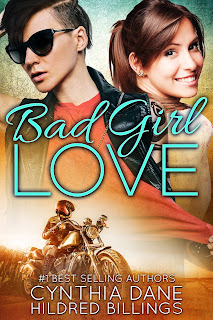 A good girl is someone who hasn’t encountered the perfect temptation.”
Ladylike heiress Audrey Weathersby is careful to never rock her family’s boats. They don’t even know about her ex-girlfriends or her fake IDs.
But it’s that fake ID that leads her to the hottest club in the city. While her friends tear up the dancefloor, however, Audrey meets the foil to her suppressed desires and curiosity.
Dylan. The resident bad girl with an affinity for good girls like Audrey.
What begins as a torrid fling soon transforms into something that opens Audrey’s eyes to the life she’s always wanted. The longer she’s with Dylan, the more she realizes the sources of her suffocation. A toxic family. Airheaded friends. Caring for nothing but the trappings of wealth.
“A bad girl is someone who refuses to accept the status quo.”
Dylan has dated her fair share of heiresses, but Audrey is the first one to make her believe in a chance at love.
Yet it’s not easy to give over to someone like Audrey. She represents everything Dylan has spent her whole life rejecting, for she knows all too well what it’s like to be forced into the good girl role.
And her past is constantly threatening to ruin everything she’s built for herself since her darkest days.
“Good girls don’t go bad. They save themselves.”
The fatalistic love that haunts both Dylan and Audrey will last the summer. After that? Someone will have to give up the only life they’ve ever known.
Easier said than done.
Please note that this book contains examples of transphobia and growing up in an abusive cult.