Lana Andrews knows that a secret is being kept from her. What is it? It will take leading her husband through the underbelly of kink to get to the bottom of things. 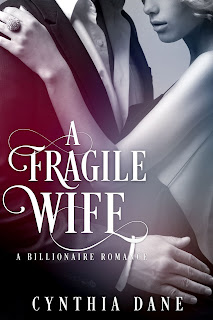 The most unconventional marriage around is about to get more complicated...
Swinging isn't easy in a world that holds monogamy up as the standard, but for Lana and Ken Andrews, no other kind of marriage could keep them together... or with anyone.
But after a decade of shared mistresses, key parties, and non-stop seduction, Lana Andrews is starting to suspect that something sinister lurks between her husband Ken and their new, younger maid.
Flirt. Swinger. Harpy. Lana has been called a lot of things in her social circles, but like most words, they don't get to her. She knows what she is and how to get what she wants - like the truth lying beneath the web of deceit and lies she's convinced are growing around her.
Yet does the darkness she swears she sees really exist outside of her? Or does it lurk completely within, feeding her delusions and flaming her insecurities?
Just how fragile is Lana? Will the truth shatter her?
Either way, she's determined to find out.

The incessant splashing stopped in the pool. Lana glanced over, catching the exact moment her husband heaved himself out of the water and onto the edge of the pool. His black swim trunks clung to his muscular thighs – oh, and his butt too. Lana whistled as he walked by, bending over another lounge chair to pick up a towel.
“Nice ass, Mr. Andrews.”
Ken draped the white terrycloth over his head and walked to where his wife lay, sunning herself. Or at least until her husband blocked out the sun. “Nice tits, Mrs. Andrews.”
She gestured to her cleavage sticking out of her bikini top. “These old things? I need to get my husband to buy me a new pair.”
Water droplets landed on Lana’s stomach as he shook his wet hair out. “I’m sure he would if you asked. Although I hear you can buy them for yourself.”
“It’s not the same. I’d feel more special with fake tits from my husband. How about for our anniversary?”
Ken looked at her incredulously. “I can’t tell if you’re being serious or not.”
“What? No.”
Before Ken could open his mouth again, a young voice pealed through the patio.
“Mr. Andrews!” Chloe scuttled out in her flats, waving a stout package in the air. “The mail came and this was rushed to you!”
Ken tossed his towel aside, bestowing Chloe with the full force of his muscular figure. The girl stopped dead in her tracks, gaping at him, box hanging at her side.
“The package?” Ken asked, holding his hand out.
“Oh, yeah.” Finally, Chloe stepped forward. Ken snatched the package from her as if it were nothing.
He turned away from Lana and inspected his mail. His wife, meanwhile, sat up and kicked her legs over the side of her lounge chair. “That’ll be all, Chloe,” she said curtly. “I’m sure you have other things to be doing.” And one of those things is not staring at my husband’s body. That was Lana’s job around those parts.
“No, wait a second, please.” Ken motioned for Chloe to come to him, where they conspired about something over by the bushes. What the? Lana jumped up, snatching her husband’s towel from its lounge chair and wrapping it around her body.
Just as she was about to descend upon husband and help, Ken shoved the package in Chloe’s hands and practically shoved her toward the house.
“You know where to leave it,” he hissed.
Lana stopped. Oh hell no. She watched Chloe scurry back into the mansion as if her ass were lit in an inferno.
“What was all that about? What was in the package?”
Ken wrapped a wet arm around her shoulders. Fuck off, this bathing suit isn’t supposed to get wet. She didn’t dare say that out loud. Her husband would take that as an invitation to toss her into the pool.
“Nothing important, Bunny.” His kiss to her cheek was facetious at best. “Boring shit for work that should’ve been sent to the downtown office.”
Lana narrowed her brows as her husband slipped back into the pool and performed some languid backstrokes in the sunlight. If it were for work, he wouldn’t have talked about it with Chloe. That girl was so low on the staff totem pole that neither Ken nor Lana would talk more than five seconds to her. And that would be to give the order. Not… whatever Ken was saying to her in such a low voice that Lana never had a chance of hearing.
There was something funny going on in her house. Before, Lana drank herself into an afternoon stupor out of irrational fears. Now she wondered if those fears were rational after all.
If they were, then Ken could say goodbye to everything. He could get away with a lot of shit, but cheating on his wife – let alone falling in love with some nobody like Chloe – would mean his imminent downfall.


“I’ll get to the bottom of this,” Lana mumbled, heading back into the house. First, a mimosa on the balcony upstairs. She could better admire her husband’s athleticism from there. It may very well be the last time she bothered before the messiest divorce of the decade.